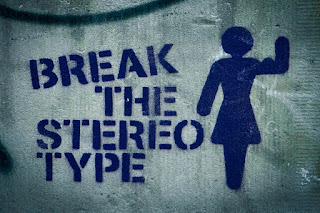 There is a stereotype about philosophers in which we are depicted as without jobs and money. In my case this happens to be true. Apart from my service to the army, I never worked. And I have little money. But there are many philosophers who earn vast sums of money practicing their art. So the stereotype is faulty.

Stereotypes are based on faulty reasoning. Allow me to show you, my friends, the reasoning behind stereotypes.


As wise readers you will see immediately that this generalized conclusion does not follow from the premise unless, of course, the person in question knows all the people in group X.

Here is an improved version of the argument:


Notice, good reader, the use of the word "probably" in the conclusion. This is the signature of inductive reasoning. Probability rather than certainty is established, which makes this version of the argument better than the first version. Your modern science is based on inductive reasoning. For example, a scientist may claim that because every object heavier than air has been observed to fall to the ground when dropped, it is therefore very likely that all objects heavier than air will fall to the ground when dropped. Now, if the scientist observed this effect only three times, the reasoning would be weak. If the scientist had observed the effect a million times, the reasoning would be strong.

Let us return to the example of the out of work philosopher. Here is a common version of the argument:

C1. (conclusion) Therefore, all philosophers have no jobs and no money


If we assume that this person does not know every philosopher, this is a weak argument. The conclusion is most unlikely to be true, even if the premise is true. This can be demonstrated by a single counter-example, John Smith, who works as a university philosopher earning a very handsome wage.

On the otherhand, the stereotype may be based on this argument:

C1. (conclusion) Therefore, probably all philosophers have no jobs and no money

One must be cautious in accepting reasoning that leads to stereotypes. Even if the conclusion happens to be true, the reasoning must be treated as suspect and the reasoner interrogated.