Why philosophy should be verbal 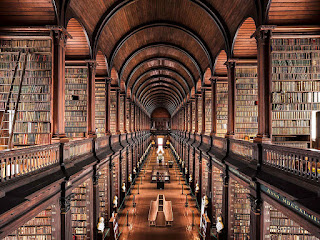 Many of my friends have heard of my distaste for the written word. You may think it rather strange, then, that in my prison cell I wrote poetry. But notice that I wrote poetry and not philosophy. It is philosophy, the way I practice it, that is best done verbally.

You will be aware of some of my reasons. For one, the written word cannot be interrogated. You cannot ask it a question. The words never answer you. Written words give one the appearance of knowledge when none exists. By the gods, I cannot count how many times someone has quoted a passage from a written text, as if they have wisdom and understand the author's words, yet a quick examination reveals that they do not know what they think they know. Your modern educators are familiar with this when reading student essays. You call it "cut n paste".

But most importantly, I have found that philosophy is best practiced verbally because it involves examining one's life. When one reads philosophy, it is very easy to put the book aside when it asks difficult questions. In reading, there is a detachment between the reader and the book. If philosophy is about examining the way we live, one must put one's self on the line and front up to the elenchus (the style of dialogue I favor) and be willing to answer questions. I consider myself something of a gadfly -- an annoying insect that won't let up. My friends may want to walk away, but if the goal is to live the good life, and if this goal requires one to question the way one lives, then one should endure the questions. Difficulty in answering can show one where they need to focus their thoughts.

Now, my dear reader, again I will be accused of hypocrisy for writing this down. But a dialogue is possible in this forum. This is an invitation. And you may read many of my other recorded dialogues as an insight into what form a philosophical discussion takes. I have had many dialogues transcribed by my students and most are available.

To the examined life!
-- Socrates
Posted by Brent Silby at 3:50 PM 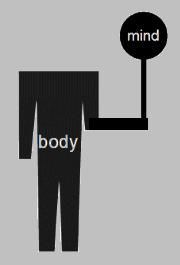 I am most fortunate, for I have many friends with whom I enjoy dialoguing. Recently I met Emma. My friend, Paul, introduced us and I now count her among my friends. Earlier today she and Paul invited me for coffee. As often happens, the topic of our talk moved towards an ultimate question, in this case: am I my body?

By the gods, this is a worthy question indeed. But it is not so easy to answer. Our dialogue was recorded and I will soon post the transcript here. In the meantime, good reader, I shall summarize our dialogue.

Trouble at work? (A Socratic Dialogue) 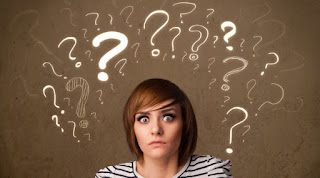 Bringing philosophy down from the heavens and giving it to the people has been my life's work. While many philosophical questions may seem abstract and irrelevant to every day life, philosophy can also be practiced by people who want to learn how to live well. I recently met a young person named Emma who was ruminating over a bad day at work. The following is my recollection of our dialogue.

Wise readers, I recently meditated on a dialogue between myself and a farmer from the deep south of New Zealand. As I have come to do, I posted my meditation for you to read. And now I shall recall a short portion of our dialogue.

A short article, "Could The Force Really Be With Us?", has appeared online. It outlines, briefly, panpyschism — the view that all matter has consciousness to varying degrees. This is opposed to the view generally accepted by you moderns that consciousness can only be generated in brains or things that act exactly like brains.

Panpsychism is growing in popularity and does, indeed, help solve some problems that the traditional approach in physics finds difficult. Is it true? By the gods I do not know. I have not the wisdom in such things, though I have historically held that the soul is something other than the body, so I am sympathetic to this view. I shall leave it to you to read the article yourself, and perhaps you may help teach this old man. My purpose here is not to defend panpsychism. My purpose is to outline a response to panpsychism, which seems common, and to point out one or two problems with the reasoning. This particular comment was found on a certain social media platform in response to a link to the article I have mentioned above.

Mr P said: "What nonsense. Eddington was a great scientist but he was primarily an astronomer and he died 74 years ago. Science has come a long way since then. In some areas he was an authority but when he moved beyond science his opinions were worth no more than anyone's.

To say that we know some matter has consciousness is extremely misleading. As far as we can tell, matter itself does not have consciousness. In a brain the electrical connections between objects of matter create consciousness in a way we are only now beginning to understand but to suggest matter itself is conscious is simply wrong. Therefore, any theory predicated upon that idea must be equally wrong.

Jedi are attractive fiction but in our search for progress I think mankind can do better than inventing another religion. The existing ones haven't done much to further humanity's search for knowledge."

As a lover of wisdom I was reluctant to accept this forceful statement without examination, so I responded to Mr P, first by outlining his argument:

P1. (premise) As far as we can tell, matter itself does not have consciousness.

P2. (premise) In a brain the electrical connections between objects of matter create consciousness in a way we are only now beginning to understand

C. (conclusion) Therefore, to suggest matter itself is conscious is simply wrong and any theory predicated upon that idea must be equally wrong.


I then commented that his conclusion doesn't appear to follow from the premises. As stated, the conclusion is too strong given the uncertainty of premise #1. Furthermore, I said, I am not sure that premise #2 (if it is true) would help the argument work, unless the argument included an additional premise, e.g:

P3. (premise) electrical connections between objects of matter are the ONLY means by which consciousness can be generated.


Mr P would need an argument to support this premise. But the argument may still remain unconvincing. I went on to ask, even if we accept the truth of this premise, is it not the case that there are electrical interactions at play within items of matter other than brains? Is it not possible that these may also generate consciousness?

So, I suggested to Mr P that to fix his argument, he should:
1. Rework premise #1 and provide support.
2. Somehow show that premise #2 is true. To do that he would need evidence that the consciousness in brains is actually generated by electrical connections between neurons. This premise should be fairly easy to support.
3. Include additional premise #3 (as offered above) with a supporting argument or evidence.
4. Show that the only type of matter with electrical connections that can generate consciousness is neuronal matter.

Thus far I have not received a response from Mr P. I hope I have helped him develop a stronger argument.

The Argument from Evil - What would God do? 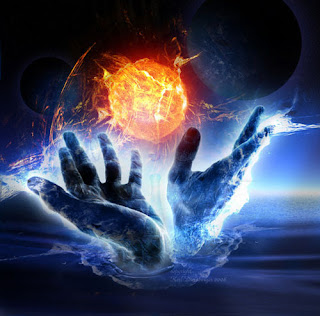 A recent dialogue with my friend, Paul, left both of us puzzled. You may recall that we examined the so-called Argument from Evil as presented on the Stanford University website. We concluded that the Argument from Evil does not succeed in demonstrating the non-existence of God. Paul, however, remains convinced that God does not exist.

A key point in our dialogue involved the notion of omnipotence. How far does omnipotence extend? Paul agreed that an all-powerful God would work within the realm of logical possibility. In other words, logically absurd questions such as "can God make a moveable unmovable object" or "can God make a square circle" sit beyond the scope of what we would expect from God.

But we were far from settled and earlier today, by heaven, Paul came back to revisit the notion of omnipotence -- truly a sticking point in the argument. He suggested that an all-powerful being could, indeed, create a world that contains no pain and suffering while also maintaining the moral value that compassion brings to this world. I said that pain and suffering might be inevitable because sometimes earthquakes occur, volcanoes erupt, and objects from the heavens (you call them meteors) occasionally fall to the ground. But he said that an all-powerful God could create a universe in which these things don't happen. My response was to ask: how? Perhaps these things are needed if we are to have a stable world.

Paul was unconvinced and asserted that God could do it, even if we don't know how he could do it. I responded that it is very easy to make such assertions and that I could just as easily respond by asserting that God wouldn't create such a world because it would be disastrous, even if we don't understand why. But Paul was relentless -- "surely he could", "surely he must", "surely that's what he would do". Surely, surely, surely. Despite his passion, I am not so sure.

I pointed out that rather than telling me what an omnipotent God would do, instead he was telling me what he, as an omnipotent human, would do. But he only has human knowledge and his decisions are based upon that knowledge. Is it not possible that omniscience might lead to different decisions? He did not answer that question. He returned to his early assertion: surely God could. 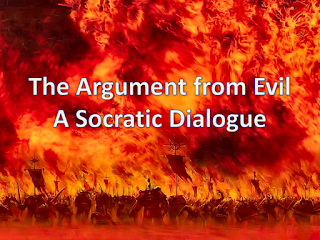 My wonderful friend, Paul, visited me yesterday. He was most excited to share his proof that God does not exist. As it happens, he found his proof on the Stanford University Philosophy webpage. We sat together for the afternoon to examine his proof. It was a hot day. The following is a recollection of our dialogue. 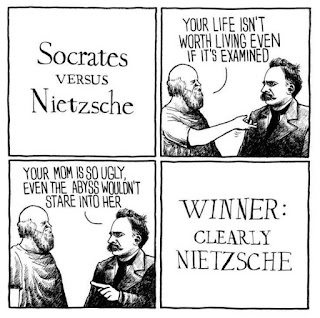 Greetings my friends,
I found the above image on a social media page named "Philosophy Matters". Now, from what I understand, Nietzsche did indeed call me ugly. But more to the point, he did not agree with my methodology. This disagreement, he expressed, in a fashion that differs from my own point-to-point logic. Perhaps referral to my appearance was metaphorical, or rhetorical -- a way to underpin his thoughts about my philosophy. Or perhaps it is what people call an ad-hominem attack.

Would I tell Nietzsche his life is not worth living, even if examined? By the gods, I do not know. It is unlikely he would allow me to examine his life in my usual way -- the purpose of which is to help one focus less on bodily desires and more on reason in order to tend to one's soul and do what's right, which is the road to happiness. Nietzsche disagreed with this, so it is possible that I may conclude that his life is not worth living.

Back to the image. I wonder why this was posted on "Philosophy Matters" with no accompanying text. It does not look like love of wisdom to me. If philosophy does indeed matter, should we not represent it accurately? Then again, perhaps it is just a joke.