Missing out on my promotion 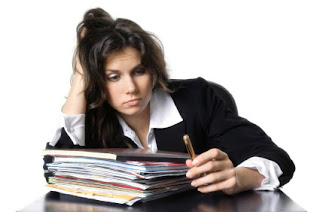 Practical philosophy, my friends, is a worthy pursuit. By using the techniques of philosophical reasoning, practical philosophy can help people see their life problems in a different light. Yesterday I was conversing with someone who had missed out on a job promotion. My friend was feeling a mix of anger and depression. She had deduced that failing to gain her promotion meant that she, herself, was a failure. Her reasoning was straight forward and deductively valid, though unsound:

P2. (premise) I didn't get my promotion

C. (conclusion) Therefore I am a failure


Now, as a matter of fact, she didn't get her promotion, so premise two was true. But premise one seemed problematic. So I asked why she thought missing out on a job promotion would make her a failure. It was difficult for her to express her thoughts on this. But it eventually emerged that the opinions of other people mattered deeply to her. She was worried about how it would look to other people if she didn't get the job that others would expect her to get. My poor friend was holding the belief that other people would rate her worthiness on the basis of her promotion. And why was she worried about what they thought? Because she believed she needed their approval and if she didn't have it, she would be unworthy. A failure. Dear oh dear, it is no wonder that she felt anger and depression. Her full reasoning ran as follows:

P1. (premise) If other people don't approve of me, then I'm a failure

P2. (premise) If I don't get my promotion, then other people will not approve of me

C1. (conclusion) Therefore, if I don't get my promotion, then I'm a failure

P3. (premise) I didn't get my promotion


My friends, how do you think we could help this soul? The best way is to refute any faulty premises. The only premise that was certain in my friend's situation was premise three. She did not get her promotion. But premise one and two were far from certain. Let us start with premise two. I asked my friend whether this was true. She didn't know, but she had the impression that since people expected her to gain the promotion, she would lose their approval if she didn't succeed. We had some discussion about this. Eventually we hit upon an important point. Her friends approve of courageous, well centered people. I asked if her friends would approve of her accepting her current position with dignity and continuing to do her best in her job. She agreed that this outcome would meet with their approval. We had thus disarmed her premise that her friends' approval was dependent upon her getting the promotion.

Disarming premise two is sufficient, however I wanted to explore her first premise. Is it true that she is a failure if she doesn't have to approval of others? A simple counter example can demonstrate that there is no necessary connection between approval of others and failing as a person. I asked her to imagine that she is the only vegetarian at a barbecue dinner. The meat eaters may not approve of her life choice, but this certainly would not make her a failure. After all, there are many reasons why she could consider herself successful. For one, she had, in this hypothetical situation, succeeded in maintaining her allegiance to her vegetarian stance.

Now, wise readers, you may ask, as did my friend, what if other people don't approve of anything I do? Well, surely that may happen, I accept. But I asked my friend whether this would make her a failure. After all, is it not possible to succeed in things even though other people don't approve? And is it not possible that other people's opinion can be misguided? I am certain that the members of a Ku Klux Clan gathering would not approve of much about me. Should I care about what they think? Probably not. Do I have any control over what they think? Certainly not. They are free to think whatever they want.

As we concluded our conversation, we decided that we have little control over the thoughts of others. People make their own minds up over whether or not they approve of others. But despite not being able to control the thoughts of others, we can control our own actions and thoughts. This is where my friend decided to put her efforts. She decided to accept her loss with dignity and let people make up their own minds as to whether her response was worthy. This wise decision appeared to lift a weight from her shoulders.