What is knowledge? (a Socratic Dialogue) 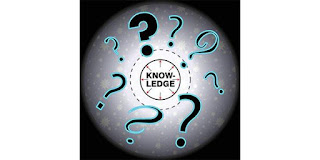 Over the years I have had many conversations with many people. You would be surprised how often certain issues resurface. My relatively recent dialogue with Thomas and Paul bore a remarkable resemblance to a dialogue I had back in Athens. My memory may be fading, but I remember the dialogue. It was with a worthy fellow by the name Theaetetus. The following is a transcript of my dialogue with Thomas and Paul in which we question the nature of knowledge, just as Theaetetus and I did all those years ago.


THOMAS: Hi Paul. Allow me to introduce Socrates. I have been introducing him to the teachers of our fine school.

PAUL: Welcome to Western Heights, Socrates. I’m Paul, one of the teachers in this school. It is a pleasure to meet you. How are you?

SOCRATES: I’m fine so far. Thank you for asking. What subjects do you teach?

PAUL: Well, in this school I’m a generalist teacher. I help students with a range of projects. I also teach formal classes in Science. So my time is split between teaching classes and working with students on their projects.

SOCRATES: I expect I will be able to learn much from you then. I am interested in astronomy, math, and music.

PAUL: Certainly, I have particular expertise in astronomy and mathematics.

SOCRATES: That sounds very good my fine fellow. I enjoy learning from experts. Do you think that if I learn about astronomy and math from an expert such as yourself, I will become expert in these subjects?

PAUL: Sure. It can take time, but if you are eager and committed, there is no reason why not.

SOCRATES: So, if I become expert, then I will have expertise. Does that sound right?

PAUL: Well, being an expert implies having expertise, so I would say yes, you will have expertise.

SOCRATES: By the gods, I shall surely avail myself of your expertise. But one thing has been on my mind, Paul. I hope you don’t mind me asking, but since you are a general teacher you might know the answer. Is expertise in any way different from knowledge?

PAUL: I'm sorry, I don't understand what you mean.

SOCRATES: It’s the things people know that they are expert about, right?

PAUL: I suppose so.

SOCRATES: So, knowledge and expertise are the same thing?

SOCRATES: Okay, thanks Paul. I am learning, but I am still having some difficulty. I can’t figure out what knowledge actually is. Do I sound foolish? Maybe I am, but the more I think about it, the more I find myself at a loss. What is knowledge? Can you help?

PAUL: Knowledge is what teachers teach. For example, when a teacher is teaching astronomy, she is teaching knowledge. Music teachers also teach knowledge. And, of course, the Internet is full of knowledge. You can look anything up whenever you want. It’s all right there at your finger-tips.

SOCRATES: And when you mentioned music, you were referring to knowledge of musical keys and harmony, right?

SOCRATES: And when you said the Internet is full of knowledge, I suppose you meant that it contains knowledge about a range of topics.

SOCRATES: That is interesting, but it doesn’t really answer my question. You have given me some examples of what knowledge can be about, but I really want to know what knowledge itself is. Does that make sense or am I talking nonsense?

PAUL: I see what you mean. However, if someone asked “what is computer code?” I could answer by describing it as a sequence of instructions that tell the computer how to perform complex tasks one step at a time.

SOCRATES: Oh yes, that would be a good answer. Then it would make sense to talk about computer code for different types of things, like games and satellites. Do you think knowledge can be defined as simply as that? I would love to learn what knowledge is. And who better to learn from than a teacher of knowledge?

PAUL: I’m not sure. I have never given it any thought. It’s one of those words we tend to take for granted.

SOCRATES: I don’t take it for granted. I really want to know what knowledge is. Shall we examine this word?

PAUL: (Looking at Thomas) Thomas. Can you help? What do you think of when I say “knowledge”?

THOMAS: I think it means the things people see and believe, like the old saying “seeing is believing”. Maybe the saying should be “seeing is knowing”.

SOCRATES: You are both wise and I want you to teach me more. Do you think knowledge is just seeing? Or could knowledge also be hearing?

THOMAS: I think so.

PAUL: It would be perception from all the senses. Let’s say that perceiving is knowing. If you perceive something, you know it.

PAUL: That sounds right to me.

SOCRATES: Okay, so it seems that knowledge of how things are is simply how they are perceived. In other words, it is true for me that the wind is cold, and it is true for you that it is not cold. Knowledge, therefore, is subjective.

PAUL: You are making sense.

SOCRATES: It may sound okay, but is it okay? What if my friend looks at the same tree and it doesn’t appear to him that it has leaves? In that case he would know that there are no leaves on the tree.

THOMAS: What do you mean?

SOCRATES: We can’t both be right, can we? Now, consider this: Some people look at the world from a certain perspective and perceive that it is a sphere, right?

THOMAS: Sure. It looks like a sphere, especially when you look at it from space.

SOCRATES: And other people look at the world from a certain perspective and perceive it as flat, right?

THOMAS: Indeed. But I still don’t understand your point.

THOMAS: The people who think it’s a sphere, of course.

SOCRATES: Why do you say that?

SOCRATES: Now, imagine that I step outside into the rain and I say that even though it is raining, I know it is not raining, would that make sense?

THOMAS: Of course not. If it’s raining then you’d be wrong if you said you know it isn’t raining.

SOCRATES: I think you’re right. This means that to know something it really must be true, right?

SOCRATES: Knowledge, therefore, cannot simply be a matter of perception and opinion. There must be more to it. Now, the more I think about it, the more I think the idea that something can be true for me even if it is false for you is foolish.

THOMAS: You are confusing me with your word salad, Socrates.

PAUL: This is rather confusing, Socrates. Where do these questions come from?

SOCRATES: Teachers always use the word “knowledge”. They tell me that I can find “knowledge” on the Internet. But I don’t really understand what they mean when they use that word. I am trying to figure out what it is I'm supposed to look for. After talking with you and Thomas I now know that knowledge is not perception or opinion. And I have learned that if I know something, it must be true. But I still don’t know what knowledge actually is. Can we find a definition of knowledge without contradicting ourselves?

SOCRATES: Let us walk this path and see where it takes us. I was watching a documentary about lawyers, and I think their profession can show us that knowledge is not what you say it is.

SOCRATES: Lawyers don’t teach the jury. They use their skills to convince them of whatever they choose. They have a very short time to persuade a jury, who were not eye-witnesses, about the truth of what happened to people who were robbed or assaulted.

PAUL: True enough. They are highly skilled at this.

SOCRATES: When we say that a lawyer is persuading a jury, we mean that they are causing them to believe. Do you agree?

SOCRATES: Now imagine that a jury has been persuaded about some situation that could only be known to an eye-witness. And suppose they happen to form a true belief based on that persuasion. Would we say that the jury had knowledge?

PAUL: Surely we would.

SOCRATES: I’m not so sure. I am thinking about how the jury comes to form a true belief. Do you think it is possible that the lawyer could use exactly the same persuasive technique to bring about a false belief?

SOCRATES: By Zeus, you speak with wisdom, you remarkable man. That means the jury would not have knowledge unless their true belief was based on a good argument, or solid reasons. They’d need more than just clever persuasion. They'd need justification.

SOCRATES: Okay then. I have another question. You said before that the Internet is full of knowledge. Teachers these days always say that. They tell me that I can find all the knowledge I need on the Internet. I wonder how our discussion might relate to this. Does the Internet contain knowledge?

PAUL: Well, I’ve always said so. I tell students that they don’t necessarily need to learn from a teacher because they can access knowledge from the Internet.

SOCRATES: Let us examine this claim, good sir. Is everything presented on the Internet true?

PAUL: No, of course not. There is a lot of rubbish online.

SOCRATES: If I read something online and it is not true, then it would be incorrect for me to say I’ve gained knowledge. But what if I think it’s true and believe what I’ve read. Would it still be wrong for me to call it knowledge?

PAUL: This sounds like the flat Earth example we were talking about.

SOCRATES: Yes, I agree. It wouldn’t be knowledge. It would simply be a false belief. Shall we continue, then, by considering only the information on the Internet that happens to be true?

PAUL: On the face of it that sounds reasonable. But based on what we we’ve been talking about, I’m not so sure.

SOCRATES: Me neither. For if I have no background knowledge about Mars, and if no explanation is provided, there is no way for me to decide whether the claim that Mars has an atmosphere is reasonable or nonsense. And even if the article includes an explanation, I wouldn’t be able to decide whether or not the explanation is plausible because I have little knowledge about planets. So, in this case it seems that I do not know that Mars has an atmosphere.

SOCRATES: Not if I don’t understand it. If I don’t know much about planets, then the explanation might be meaningless to me. Haven’t you ever had a student hand in an assignment with information copied from the Internet, which they don’t understand?

PAUL: This happens more often than I care to admit.

SOCRATES: In those cases you wouldn’t say the student has knowledge, would you?

PAUL: You have made a fair point. So, there is no knowledge on the Internet, just information. And for people to know something it must be a true belief which is justified by reasons that they understand.

SOCRATES: This is starting to look like an answer to my question: what is knowledge? But I wonder now if knowledge is even possible.

PAUL: Well it must be, right? We all know things.

SOCRATES: Perhaps not so much as we think…