The Concept of Western Civilization 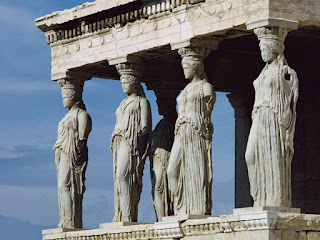 Articles have been flowing through the Internet today. This one looked very interesting to me: "The concept of 'Western Civilisation' is Past its Use-By Date". I encourage you, good reader, to examine carefully the article and its arguments.

The author, Catherine Coleborne, is promoting diversity in education and is concerned that the University of New South Wales is reviving its liberal arts and humanities programme. In my ignorance I found myself confused. I have always thought of humanities programmes as being well positioned to offer diverse education, so I thought it strange that Coleborne indicated a dichotomy between the two. Evidently Coleborne believes humanities programmes are based on a concept of Western Civilisation that neglects the contribution that non-western cultures have made to the world.


As you know, wise readers, I am one who likes to proceed only when I know what it is I am talking about. I therefore like to know how our terms have been defined. What exactly does Coleborne refer to by the term "western civilisation"? For the purpose of the article, Coleborne uses the definition offered by the Ramsay Centre, the organization that offers funding for humanities programmes. "Western Civilisation" is defined by the Ramsay centre as ancient Greek and Rome, European renaissance, modernism, and Christian thought. Essentially it refers to civilisation that is European in origin. This seems a reasonable definition and is consistent with how the term is used elsewhere.

The first argument I found in the article can be expressed as follows:

P1. (premise) If students come from diverse backgrounds, the concept of western civilisation is outmoded

C1. (conclusion) Therefore, the concept of western civilisation is outmoded

Another term that needs to be defined is "diverse background". In the context of the article, this seems to mean "non-western". If so, Coleborne is using the term "western" as a means to describe another group of people, i.e. those who are not western. Does this mean the concept of "western civilisation" is not as old-fashioned as Coleborne claims? She is using the term sensibly, after all. To my simple mind it seems that if the term is being used, it is not outmoded.

I found the evidence that Coleborne uses to demonstrate the diversity of student background interesting. She says that many do not speak English. This astonishing observation does indeed indicate diversity in background. But unless I am missing something, this does not support the claim that the concept of western civilisation is outmoded. Most people in 'western civilisation' don't speak English. They speak Spanish, French, Greek, German, Italian, and so on. If I could speak to Coleborne I would suggest she find a better way to demonstrate that the concept of 'western civilisation' is outmoded.

The rest of this argument proceeds on the basis of a suppressed premise that if something is outmoded (or old fashioned) it shouldn't be taught.

P3. (premise) If a concept is outmoded it should not be included in teaching programmes

C2. (conclusion) Therefore, the concept of 'western civilisation' should included in teaching programmes (from C1, P3)

Not only does it appear that the concept of 'western civilisation' is not as outmoded as Coleborne claims, it seems that being outmoded is not sufficient a reason to not include it in education.

Our delightful author makes another argument:

P1. (premise) A concept is outmoded if it is inaccurate

P2. (premise) Dividing ancient civilisations into Greece/Rome and Asia/Islam is inaccurate because it denies the existence of trade and communication

C. (conclusion) Therefore, the concept of 'western civilisation' is outmoded


Here Coleborne is offering another reason to deem western civilisation outmoded. But I am not yet convinced of the truth of premise 2. If it is false, the argument is unsound. Perhaps my knowledge of your modern understanding is inaccurate, but I believe trade and communication in the ancient world is very much accepted. I don't think anyone denies that ideas moved across the world. Just as we can teach about New Zealand history and society while acknowledging the influence of other ideas, we can surely teach about the wider 'western civilisation' while acknowledging the influence of ideas from other regions. It all depends on how narrow one wants to define their teaching.

Finally the third argument I have identified can be expressed as follows:

P1. (premise) We should either return to a concept of 'western civilisation' or expand our sense of humanities to include increasing numbers of students from diverse backgrounds

P2. (premise) Because we have students from different backgrounds, we should expand our sense of humanities

C. (conclusion) Therefore, we should not return to a concept of 'western civilisation'


Wise readers will see that this is based on an exclusive or. For Coleborne it must be one or the other. But I wonder whether these must be exclusive. Can we not have both? If it is possible and sensible to have both, I question the first premise as I think it is needlessly restrictive.